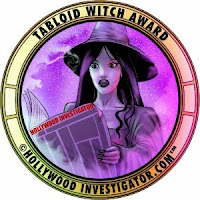 The 2012 Tabloid Witch Awards is seeking short and feature length films for their NO ENTRY FEE horror film contest and festival.

There is NO ENTRY FEE. Just submit your DVD. Deadline is August 31, 2012. This means that entries must be in the Tabloid Witch Awards PO box by that date.

Posted by Thomas at 8:15 AM No comments:

It seems every other horror film festival laments that horror is a forgotten genre, an ignored and abused genre. Thus Such-and-Such Horror Film Festival was founded to finally correct that oversight.

But it just ain't so!

The mainstream does not forget or ignore or disrespect horror. Many mainstream film festivals welcome horror. As the latest example, consider the highly prestigious Los Angeles Film Festival.

Their 2012 selections include at least two horror shorts: 3113 and Juan of the Dead.

Check out the 3113 trailer below (looks like horror to me):

There may be other horror films at the Los Angeles Film Festival. I just haven't bothered to check their entire schedule.

But horror filmmakers, please let's put to rest this myth that the mainstream ignores horror films. The mainstream welcomes good horror films. Yes, the competition is fierce. But if your horror film was rejected, the solution is not to whine about genre discrimination, but to improve your craft!

Posted by Thomas at 8:44 AM No comments:

Still Time to Vote for the 2012 Constellation Awards

The 6th annual Constellation Awards will be presented in Toronto on Saturday, July 7, 2012 -- and there's still time for you to vote!

The Constellation Awards are a Canadian fan award, recognizing the best in science fiction and fantasy film and television, with an emphasis on Canadian productions and talent. They are presented at the Polaris sci-fi fan convention.

You can vote by going to the Constellation Awards website. You might have to be Canadian to vote, but the voting is online, so I'm not sure how they enforce it. Maybe by screening your IP address?

If you're curious as to what goes on at the Constellation Awards, here's a clip from their 2009 presentation:

Posted by Thomas at 8:36 AM No comments:

While this isn't strictly a horror film festival, for the opening night's events, we plan to screen a selection of horror films as part of a fancy dress themed horror evening. For this were looking for people to submit their horror films for consideration. Submission is free for all the films before the 31/07/12.

* They must be 26 minutes or less (including titles & credits).

* They must have received their first public screening on January 1, 2011 or later.

* They must either be in English or have English subtitles.

She adds: "We hope to also run a similar zombie themed game to this to coincide with the screenings, although this has been put on hold for the time being." 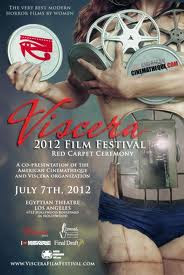