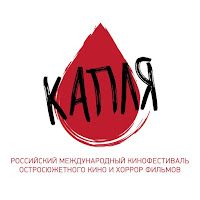 The Russian International Horror FilmFestival & Awards is in its 7th year, having last screened in March 2016. I asked the festival's president, Victor Boulankin, what filmmakers can do to increase their chance of being selected for his event.

"I definitely would prefer to see trash comedy horrors," said Boulankin. "Although it is not popular in Russia, I love this subgenre."

He is, however, tired of vampires. "Too many of them, especially films like the Twilight saga. But the biggest mistake is cliché. A film should be original, specific. Not the 1,376th film about a zombie virus.

"My advice is to try to analyze what is scary in your country, following your history, origins, and traditions. Then shoot such a story based on local traditions, scary tales, maybe even literature. This would be interesting. This would help your film to be accepted."