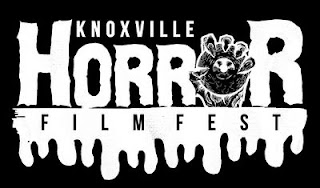 Founded in 2014, the Crimson Screen Horror Film Fest had its fourth event last May.

Festival founder and director Tommy Faircloth offers advice to horror filmmakers planning to submit their films for the 2018 edition, to be held in North Charleston, South Carolina.

* Films are Heard as well as Seen

Like many festival directors, Faircloth emphasizes the importance of a film's audio quality. It should be clean, crisp, the dialog easily understood by viewers -- who are also listeners.

"We do our best to make sure your film looks and sounds great," said Faircloth. "But if you had bad audio, we can’t do much for you."

If you're working on an animated horror film, you're in luck. Competition is currently low for this particular subgenre.

"We play all types of horror films," said Faircloth, "from established to first-time filmmakers. But we would like to see more animated horror films."

After a film is shown at Crimson Screen, Faircloth says that "many" elements determine whether it goes on to win an award. Films are judged not solely by artistic merit, but also by entertainment value.

"It's not only how good the film is," said Faircloth, "but also audience reaction."

So by pleasing the audience, your film stands a greater chance of walking off with an award. Any tips on how to please an audience?

The takeaway: It's not that dramatic horror films don't win at Crimson Screen. But if you want to boost your film's chances, consider tossing in some laughs.

Winning an award at Crimson Screen is, to some extent, a popularity contest. (Actually, that's true of most awards, including Oscar.) Filmmakers must please audiences because their reactions while seeing a film matter in the judging process. But it's also important for filmmakers to "schmooze" audiences and judges between screenings, because another factor is ... Do they like you?

Or as Faircloth describes it, "How the filmmaker helps promote their screening and what type of person they are. Don't be a dick. Don't think your movie is the best out there. It's okay to praise others.

"Making friends and showing support to other filmmakers is something we push at Crimson Screen. The fest should not only be about seeing movies, but about making a connection with the audience and other filmmakers.

"Filmmakers should not think that getting into the festival is the end of their work. They should promote their screening in any way possible -- social media, websites, etc. Especially if they can't attend the fest. But attending the fest is key."