Must Winning Filmmakers Pay for Their Awards? 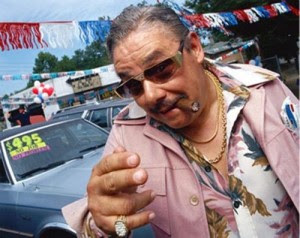 This morning I announced the winners of the 2011 Tabloid Witch Awards.

I then contacted the winning filmmakers. One of whom asked a curious question:

"This is great news indeed! ... A question though. Is there a place or service where I can purchase physical awards, and are there even any physical awards I can get?"

"Yes, you get physical awards. You get plaques, which you can see at TabloidWitch.com. No, you don't have to purchase the awards. Are there festivals that actually make winners buy their own awards?"

To this, the filmmaker replied:

"Actually, sometimes, a festival will ask. Not usually a film festival, but I'd say about half of the competition fests ask for the cash money when you win to get the award. As it is, we've had about three of those so far."

In researching my upcoming book, Horror Film Festivals and Awards, I'd interviewed filmmakers who complained of "scam festivals" that try to profit on the filmmakers. But paying for an award you'd supposedly won is a new twist.