San Sebastian Advises Filmmakers to be True to Their Vision 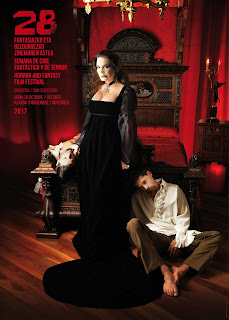 The San Sebastian Horror and Fantasy Film Festival is one of Europe's oldest genre film festivals. Its 28th edition will screen from October 28th through November 3rd of this year.

"We are mainly focused on hardcore genre," reports festival director Josemi Beltran, "but sometimes we also include a wider concept of fantasy or art house movies. Extreme horror, horror mixing with comedy, the experience of watching the movie with the audience is very important for us when we select a movie for the festival."

So audience reaction is a consideration in selecting films for screening.

Beltran welcomes almost any horror subgenre, provided the film "has quality. You can say that everything is already invented, but when you find a zombie movie so entertaining as Train to Busan, you forget that you're tired of zombies. Of course, we must confess that horror 'found footage' is a sort of plague."

Thus does Beltran join a growing list of festival directors who have tired of found footage horror films. (Or at least until filmmakers put a new spin on what has become a slavishly unoriginal subgenre.)

San Sebastian welcomes films with an authentic voice. "You must be honest with your style and your idea," Beltran advises. "Don't try to make everyone happy. Don't think about a festival's criteria or commercial criteria. Then your movie will at least be sincere and authentic, no matter what kind of fantastique film you have created. Production values and money are not the most important things to be successful. If you've created what you were aiming for, there will always be somebody who will value it. No rules. Please, we need more original and independent movies."

Although San Sebastian is held in Spain, English soundtracks or subtitles are acceptable for submissions. "We'll do the Spanish or Basque subtitling if your film is accepted for screening." 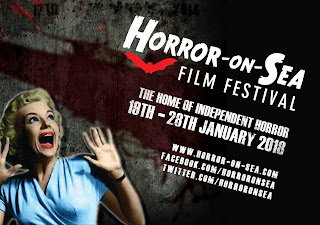