IMDb Has a Moratorium on New Film Festivals

One nice thing about the Internet Move Database (IMDb) is that when you look up a film, TV show, or person, you can see the awards that project or person has won, in what year, and from which arts academy or film festival.

If you've won an award -- or if your organization or film festival presents awards -- you'd naturally like to have your awards listed. Unfortunately, the IMDb's award listings are woefully incomplete.

But why? Why are so many awards not listed?

In 2009, I emailed and asked the IMDb to add my Tabloid Witch Awards to their list of recognized awards. They cryptically replied that they were not adding any new awards "at this time."

I emailed them every year after that -- in 2010, and again in 2011 -- and got the same replies. It appeared that "at this time" was longer than I had initially anticipated.

Finally, when I once again emailed them in July 2012, the IMDb gave me a more specific reply. Here's their reason for not listing any new awards:

Recently, we suspended updates to our Awards list while we made software improvements; while these improvements were in process, we were not accepting any additions, deletions, corrections, updates, or changes to the awards list.

Our data editors have recently begun accepting updates for some events on our site; if the Award Event you'd like to update is already listed on the Event list on IMDb.com here:

you should see the option to submit your request to our data editors.

However, if the Award event does not yet exist on the site, we regret that you'll be unable to submit the data until our software changes have been completed.

"Recently"? It's been three years since I first contacted them.

Anyway, if you run a relatively new horror film festival, and have been unable to add its award winners to the IMDb, now you know why.

Posted by Thomas at 3:00 AM No comments: 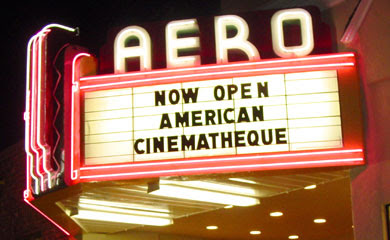 Good news for the hundreds (thousands?) of filmmakers seeking distribution for their hard-to-place short films. You are not limited to film festivals.

The American Cinematheque runs two film theaters in the Los Angeles area: The Egyptian Theatre in Hollywood, and the Aero Theatre in Santa Monica. And they screen short films!

Their Alternative Screen program is for films of 10 - 12 minutes maximum running time -- but they also welcome longer shorts for occasional genre programs ... including horror and sci-fi shorts. Yes, they specifically mention those genres.

Alternative Screen does accept short films, however, we generally do not play films in this program that are longer than 10-12 minutes, because they are shown preceding a feature film. Shorts addressed to Margot Gerber should not be longer than 12 minutes.

If you have a short film that does not seem to fit into the description of what The Alternative Screen plays -- it may fit into the themed short film programs we present several times per year. Use the address below to submit it, but address it to the attention of ANDREW CRANE (ext. 112). Past short programs have included Gay & Lesbian shorts, New York shorts, Women's Shorts, French shorts and Spanish shorts and a sci-fi/horror program.

Their website says "THIS SERIES IS CURRENTLY ON HIATUS" -- but don't let that discourage you. I was at the Egyptian Theater last Saturday, and there were flyers about their shorts program. So it may be that the website is out of date.

Click here for details about how to submit short films.

Posted by Thomas at 2:41 AM No comments: 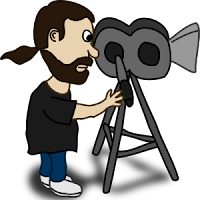 Posted by Thomas at 2:19 AM No comments: