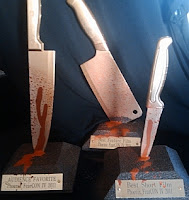 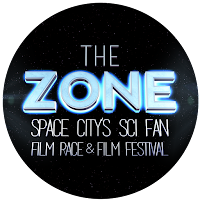 The Zone SciFan International Film Festival screens at Comicpalooza, a Houston comic convention. Entering its fourth year, The Zone is both a film festival and a film race. It accepts entries of completed films, but also runs a filmmaking contest at the convention.

Initially, The Zone was a sci-fi only. "But this year we ventured into sci-fi horror with our newest film race, The Void," said J'Nathan Gwynn, who is both a festival director and filmmaker. "The Void has the same rules as The Zone, but with an additional challenge -- no blood. We want to challenge filmmakers and expand their talents."

Science fiction has been called a genre of ideas, a philosophy embraced by Gwynn's events. "We look for the best sci-fi ideas and concepts. Sci-fi is at its best when it addresses current issues in a unique way. It's a genre that lets you explore morality and ethics in way that no other genre can. Plus, it's one of the few genres that can combine with others to create something unique. Some of the best horror films are sci-fi."

"Many filmmakers just go for the cliché, because it's what they've seen," Gwynn laments. "They don't ask why it should be there. Don't just drop it in. Give it a reason. Otherwise, clichés take your audience out of the film and makes them roll their eyes.

"The days of the slasher are dead. We've seen everything we can. In the 1980s, slashers were fresh and new. For a brief period in the late 1990s, they became fresh again with Wes Crazen's Scream. But since then they've become cliché.

"We have an annual event at a local theater, called Horrorthon. The creator, Damir Catic, gets horror directors to come and screen one of their films. This year he had the director of Jason Goes to Hell premiere Secret Santa -- a hilarious horror film that also made me jump. It used clichés in a way I hadn't seen. He made the clichés work.

* Monsters Should Be Scary

"I love zombies," said Gwynn, "but not only have they become cliché, few movies or TV shows use them in a fun, scary way. Everyone wants to make them cool.

"And I'm sick of beautiful, sexy vampires. Enough already. They aren't fabulous creatures. They're monsters who feast on our blood. They don't fucking sparkle and have perfect jaw bones. They are to be feared.

"If anything in current horror annoys me, it's making monsters cool and sexy. Keep them frightening. Make me want to run from them, not fuck them."

"The best tip is an old tip: What you don't see is always more terrifying than what you do see.

"I miss 1970s horror. The smart horror that made you think. That terrified you by showing nothing. The mindfuck horror. Tension is the best horror aphrodisiac.

"It's started to make a slow comeback with films like The Babadook and It Follows. Those films scared me and made me anxious. What made It Follows scary wasn't what you saw, but what your imagination created. Fuck with the mind more. Be less visceral. We've seen just about everything. Now scare us with what we can't see."

Like Crypticon, The Zone and The Void screen at a convention. "Presenting at Comicpalooza has been a great success. It provides us with a built in audience.

"We've reached out to the Hollywood indie scene for judges. They've been spreading the word. Some of our films have garnered international attention. Our mayor has a new initiative to bring films to Houston. We are working with him on that. But currently the city is still trying to rebuild itself after Harvey.

"We canceled The Void this year because it was to take place a week or two after that disaster, and we know no one could afford to spend money on it. Nor were they in the mood. We'll try again next year." 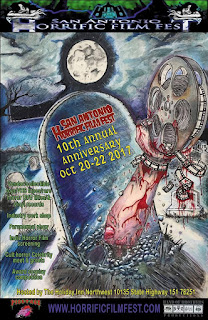