The Problem with the Saturn Awards

Every year, the Academy of Science Fiction, Fantasy & Horror Films presents its annual Saturn Awards. The Academy claims that its goal is to recognize genre excellence.

The problem is, it doesn't even try to do so.

The Academy's genre definitions are so elastic, all manner of non-horror (and non-science fiction/non-fantasy) films qualify for Academy screenings and Saturn Awards.

Who or what is to blame? Among the prime culprits are studio publicists.

I wrote about this problem back in 1997. My article eventually saw print in 2001.

It's now available for free online at Communist Vampires.

What is a zombie walk? It's when a group of people in zombie makeup gather for a mass saunter. (Real zombie saunter rather than walk or run.) Horror film festivals and conventions sometimes host zombie walks. Other zombie walks are standalone events.

Last weekend, Los Angeles hosted what claims to be the world's largest zombie walk to date. According to the L.A. Weekly:

"About 800 people gathered around Pershing Square in the guise of the brain-hungry undead in an attempt to break the world record for biggest mob of zombies in a group walk on Friday, May 13. Many of the gore-goers were dressed head-to-toe and said they'd prepared their costumes weeks in advance, while others came straight from work and simply doused themselves in red paint. The youngest zombie was just over a year old, proof you're never too young to get in on a little flesh eating.

You can see photos at the L.A. Weekly.

IFN:MIDNIGHTS will be featuring new horror titles from indie filmmakers, monster and grindhouse revivals, as well as other genre-bending movies to thrill midnight audiences.

"Horror and midnight movies have a rabid and dedicated fan base in almost every city," said Bob Golibersuch, IFN Director of Movie Programming and owner of Screening Room Cinemas (home to the Buffalo Screams Film Festival). "We intend to combine midnight classics and undiscovered thrillers with the new crop of indie horror movies to create a series of titles that will satisfy horror fans and be an exciting big screen group experience."

Depending on the release, IFN acts as either the theatrical distributor or digital release partner. Theatres are able to book midnight shows, single screenings or full-run engagements for any title in the series.

Initial titles include the award winning Australian exploitation homage, El Monstro del Mar, the must-see movie of the spring Hobo With a Shotgun, and a digital revival of The Brain That Wouldn't Die.

IFN is a digital/e-cinema network assembled for the theatrical distribution and presentation of movies and alternative content. With its head office in New York and operations center in Montreal, the network focuses on delivering performing arts productions, concerts, major specialty releases and independent features to digitally equipped cinema venues in the United States, Canada, Australia, South Africa, UK and other territories.

For more information on submitting movies for consideration OR booking IFN:MIDNIGHTS for your theatre, please contact: Bob Golibersuch, 716-837-0376, 716-465-0651, bobg@screeningroom.net 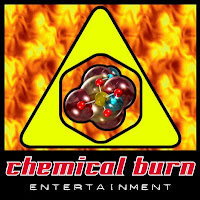 Chemical Burn Entertainment is an international horror film producer/distributor that strives to bring the consumer the best Horror, Gore, Sexploitation and Grindhouse from around the globe. We are interested in supporting talented, up and coming, filmmakers and are accepting screeners from festival entrants who would like to be considered for possible distribution.

We will review all submissions and then contact the filmmakers directly if we are interested. Thank you for your hard work in support of the film community, we appreciate your efforts very much.

ADDENDUM (May 30, 2012): Chemical Burn informs me that their films are no longer distributed by Warner Bros.