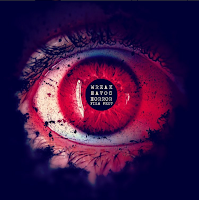 Eric Morgret founded and managed the Maelstrom International Fantastic Film Festival in Seattle, which ran for three years before folding. Today he runs the film festival at Crypticon Seattle, a horror convention.

I asked Morgret what lessons he learned from Maelstrom that proved useful in running Crypticon's film festival.

"The main lesson was how to sift through and present films the judges liked and we felt would appeal to our festival growers," said Morgret. "A theatrical festival is a ton of work, but we had a projectionist that I could pass the work off to, allowing me to focus on the filmmakers and festival goers.

"A convention is different. The level of work that goes into finding the films and working with the filmmakers is similar, but most conventions do not have a theater. You have to create a "theater" in the hotel. You also need to get the gear to screen the films. So for the tech side, it can be a pain."

Morgret was with Crypticon even before he founded Maelstrom. "Crypticon started about 11 years ago. I've been with the convention from year one. We were showing films on an irregular basis for the first few years. Then in 2012, I started an official film festival for Crypticon. I am the festival director.

"It's hard to say why Maelstrom folded. We did not lose money, but the festival did not grow. Due to this lack of growth, one of our top contributors left the festival. This led to us closing our doors."

Like most horror film festivals, Crypticon accepts all subgenres and styles of horror. But as it's located in Seattle, it's an especially welcoming venue for filmmakers from the region. "We love our Northwest filmmakers," said Morgret. "We have a special block dedicated to them. We had films from Oregon, Washington, and Idaho. Since they are local, most all of them were able to attend the convention. It creates a sense of community."

* Learn your voice. There are hundreds of resources to learn how to make movies and tell stories. Use them. Once you understand the language of film, you can twist and turn it. You can save that cat in your own way.

* Don't automatically follow the "rules." Learn them and use them in a way that makes your movie better. Do not feel the need to make sure this plot point happens on this page. That is a sure way to get lost and trapped in a cliché.

* Don't think you have it all figured out. Don't ignore all the help you can find in the world now. Film is the greatest collaborative art. To do it at it’s best, you need to work with a team. Find a team that you can work with but will challenge you.

* Avoid ass-kissers. Avoid people who only tell you how amazing you are. If someone reads your script and says "it's perfect" -- probably not someone you should work with.

* Avoid grinches. But on the other hand, if all they have is criticism, with no ideas on how to improve things, they may not be who you want to work with either.

* Make the sound good. Technically the biggest problem is bad sound. Your eyes can process and forgive lots of strange things, but your ears are not discerning.