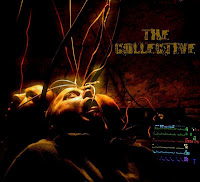 Bryan Wolford, co-founder/co-director of the Drunken Zombie Film Festival, is raising money for his own short film project, Myctophobia.

In his email, Wolford tells me that Myctophobia will begin production in February, for the short film compilation, The Collective Volume 4.

The theme of all films in The Collective Volume 4 is "emotions".

Wolford was assigned fear as his film's emotion. After researching phobias, he settled on myctophobia -- fear of the dark. His script is about a myctophobia sufferer who's alone at home when the lights go out.

The Collective Volume 4 is to premiere at the Days of the Dead convention on July 6-8, 2012, in Indianapolis, Indiana.

Wolford is seeking funds through Indie Go Go so that "the cast and crew gets a little pocket change out of the experience and to help pay for some special effects for the film. All filming with be done over a weekend in late February to keep the costs low."

There are some perks for contributing, so check out the above link.

If you're reading this blog, odds are that you're mostly interested in horror filmmaking. You write screenplays, not novels, much less stage plays. Yet if you've got a horror screenplay that can be adapted into a stage play, the EndTimes theater company may have an opportunity for you!


EndTimes is always looking for cutting edge, challenging scripts to produce. The material we select generally has a dark, satiric bent, or falls within the sci-fi/horror genre. We produce approximately 25 short plays (50 pages or less), and two full-length plays each season.


Endtimes is located in New York City, which is the best place to a play produced, if you write plays.

The Dark Carnival International Film Festival announces that their 2012 edition will run from October 19-21, 2012 in Bloomington, Indiana.