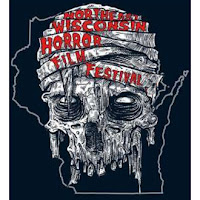 It's too late to submit for 2018, but co-founder Paul Salzer offers the following tips to filmmakers who plan to submit for their 2019 season:

"When submitting to smaller festivals, keep your films as short as possible. Smaller festivals have far less minutes than you might realize for showing films. They are more likely to select multiple short films in place of one feature length film of equal selection rating. Larger festivals have multiple screens and a better chance of showing multiple longer films."

"Avoid submitting a film without reading the festival’s submission guidelines first. We, for example, want complete films. Therefore, we don’t select film trailers, no matter how good. We also note in our guidelines that non-English speaking films need English subtitles for our audience."

"Our selection committee is composed of several film bloggers and reviewers. These judges' look at over 100 submissions in a few short weeks. As such, their interest can be difficult to hold. You need to keep the judges motivated from the beginning of your film to the end, otherwise it might not stand out enough to be selected."

Salzer adds that these judges' "tastes range from splatter gore, to supernatural terror, to dark comedies. Because of this, we get a diverse selection of films at the screenings.

"It's amazing how tastes change from year to year. Last year, we had quite a few zombie and clown films. This year, the focus seemed to be on imaginary friends."

Salzer is onto something. It had been a while since I saw any "imaginary friends horror." Then just last week, Rafael De Leon Jr's Goodbye Old Friend won an Honorable Mention at the 2018 Tabloid Witch Awards.

"We don’t give out awards," Salzer continues. "Instead, we offer filmmakers an opportunity to speak to the audience directly between our film segments. We also hold a social during the first evening for filmmakers and our judges."

As do other festival directors, Salzer recommends that you "go to the festivals if you can. Meet other filmmakers, fans, and reviewers. Talk to them and share your love the genre."

Northeast Wisconsin Horror screens at "the historic Time Theater of Oshkosh," which receives all the proceeds from the event "so that it can continue giving the community a unique theater experience."