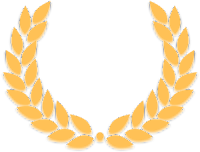 Ever wonder how many film festivals currently exist? The total number?

Each year, an estimated 5,000 festivals around the world -- some gargantuan, others as small as three films in a high school gymnasium -- screen films that might not otherwise find an audience.

They come from every place on the planet and from filmmakers both known and unknown. Some festivals are "industry" events, where studios and other distributors shop for smaller films to buy. Others are more audience-based, created to put new and interesting films in front of movie-loving audiences.

Rybak is talking about all film festivals, but the bulk of her article discusses indie films, which to most people mean non-genre.

I know of over 200 horror festivals worldwide (which Rybak doubtless includes in her estimated 5,000), but the festival opportunities for horror films are greater than 200. Many indie festivals welcome and award horror films. (Yes, they do -- despite some horror festivals' claims that the mainstream ignores horror. Not true.)

Rybak suggests that a festival's purpose determines when it screens. At least as far as the big players are concerned.

Conventional wisdom holds that distributors do their shopping at the major film festivals held at the beginning of the year. Later in the year, films considered to be potential winners on the Academy Awards/Golden Globes circuit are presented. Either way, a project's prospects -- financial and otherwise -- can be significantly altered by its festival appearances.

I'm not sure how much of this is true for horror film festivals. Although many mainstream festivals welcome horror, the Academy Awards and Golden Globes shun most genre films. This means that when a horror festival screens is irrelevant to that film's Oscar/Globe prospects.

But that's okay. Most horror film festivals present their own awards, so there's no reason to screen at a horror festival hoping to improve your chances for an Oscar.

Also be aware that many festivals, especially smaller ones, are one-time affairs. Despite which, the total number of festivals are increasing. Rybak says:

[T]he number of festivals continues to grow. There's a reason behind the explosion of film festivals, says Laurie Kirby, executive director of the International Film Festival Summit. The business of film festivals has become so big that Kirby's organization was formed to provide professional support and development to member organizations.

Yes, indeed. Film festivals are a growing business. Ever more people are shooting indie films (genre and mainstream), which means an ever more crowded field of films seeking distributors and audiences.

And ever more filmmakers willing to pay high entry fees for their shot at a festival screening. 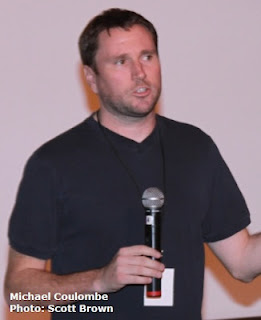 Script supervisor Michael Coulombe, director of programming for the Big Bear Horror Film Festival in 2009 and 2010, has founded (along with Jason Lee Klinger) a new film festival: 30 Under 30.

Rather than yet another horror film festival, the 30 Under 30 Film Festival is another youth film festival. (Yes, there are others.)

According to the festival, 30 Under 30 "is committed to showcasing and promoting the works of emerging filmmakers from around the world.... Its mission is to provide a platform from which young filmmakers are encouraged to create, critique, and compete with each other in a nurturing atmosphere that stimulates growth and teaches the essential principles of filmmaking through workshops, screenings, mentor panels, and networking events."

Considering that so many film festival winners are already under 30, and that ageism is rampant in the entertainment industry, I have mixed feelings about a festival that is open only to the young.

I can understand film festivals open only to children, high schoolers, or even film students -- they're still learning. But twentysomethings are adults, already winning, and winning often. They compete on a level playing field. Actually, the professional playing field is slanted in their favor, considering Hollywood's youth-obsession.

30 Under 30 co-founder Klinger "was festival director of the Infringement Festival in Buffalo, New York for several years."